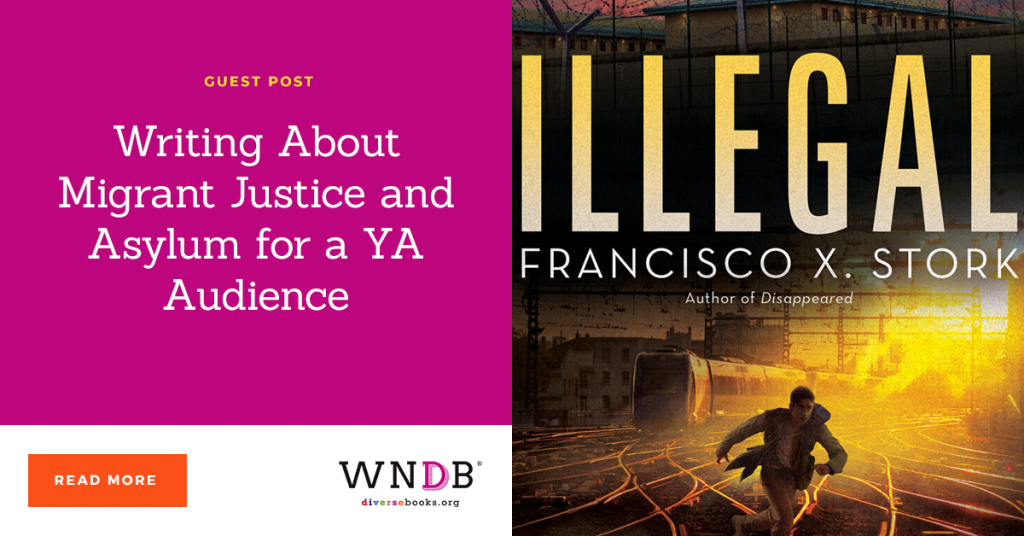 My first contact with U.S. immigration laws came when I was nine years old. That’s when my adoptive father, Charles Stork, attempted to bring my mother and me into the United States. At the Stanton Street Bridge to El Paso, my father was asked to park his old Rambler in an adjacent lot and go into the administrative offices. My father had been told at the American Consulate in Tampico that all we would need to enter would be proof of his American citizenship and a copy of the application for resident visas for my mother and me. My father was requesting a six-month visitor’s visa for the two of us until the permanent visa could be processed.

My mother and I sat in a tiny, unventilated office and watched my father argue with the immigration officer who refused to let my mother into the United States. The problem seemed ridiculously minor: My mother’s middle name was spelled differently on her birth and marriage certificates, Lila on one and Lilia on the other. Even as a nine-year-old, I could tell that the officer was being petty and mean-spirited, enjoying the power he wielded. There was no higher authority from whom to seek a more human response. We got back in the car, my father so angry he could barely speak. He made a U-turn and looked for an inexpensive motel in Ciudad Juárez. It would be three more months until my mother was finally allowed entry into the United States.

In 1982, twenty years after my arrival in the United States, I found myself inside a smelly, dark three-story building, waiting for the guard to bring my client, Jean Claude, to the visitor’s room. Jean Claude was in his third month of incarceration. His “crime” consisted of surviving a harrowing trip from Haiti to Florida in a rickety raft crowded with thirty other Haitian refugees. Reversing the long-standing practice of allowing asylum seekers to remain free in the United States pending a decision on their application, the Reagan administration ordered the lockdown of all Haitian “boat people.” The eighty-six refugees who were transferred from Miami to Brooklyn were held in an old Navy brig. Jean Claude had told me during my previous visit that he hadn’t felt the sun’s rays or seen the blue of the sky since he’d arrived two months before. I was a third-year student at Columbia Law School and a member of the school’s Immigration Law Clinic doing my best to put together a narrative of Jean-Claude’s persecution by the Tonton Macoutes, the Haitian leader “Baby Doc” Duvalier’s secret police. Our only hope for getting Jean Claude asylum was to show that he would be imprisoned or killed if he was sent back to Haiti.

When I asked to see my client, the guard said that there had been a fight earlier in the day and that they were still sorting things out. It would be another half hour before anyone could come out. An hour went by, and then two and the guard’s attitude got increasingly surly and authoritarian with each request I made. He was young, maybe two or three years older than me. The nametag on his green shirt read Ramirez so I pleaded my case in Spanish. I wasn’t a visitor. I was Jean Claude’s legal representative. I had just traveled an hour and a half by subway and bus, and it would be at least two weeks before I would be able to return. Through the bars that separated the main entrance area from the prisoner’s quarters, I could see refugees seating on the floor or milling about peacefully. The fight that the guard claimed had taken place early had clearly been sorted out.

“Come on, Officer Ramirez, do the right thing,” I urged. His response was a smirk and a “You’re not seeing nobody today.” When I asked to speak to the person in charge, he said no. I took out a small notebook from my shirt pocket, made a big show of writing down his name, and left. On the way home, I felt the same powerless anger that my father had felt twenty years before.

Powerless anger is what I lived with thirty-four years later as I listened to the President of the United States describe Mexican immigrants as “rapists and murderers” responsible for the nation’s fall from “greatness.” Imagine the relatively minor haughtiness of the immigration officer in El Paso and the prison guard in Brooklyn now embodied in a person with the power to convert hatred against the undocumented immigrant into executive orders required to be obeyed and enforced by all branches of the federal government dealing with immigrants. The decision to become an American Citizen had been a thoughtful one for me. When it was finally made, it was because I believed the United States, for all its faults, still had the best legal system in the world, the one that offered the most protection against arbitrary governmental action. But my faith in our country’s legal system was beginning to erode as I watched our nation’s government treat the undocumented immigrant and the refugee as criminals.

Anger need not be powerless, and it need not turn into cynicism or hatred or violence or despair. What I can do with my remaining faith is to find a way to use the energy of anger on behalf of the country which has given me and my family so much. There are many ways to resist injustice. One of those ways is to try to bring light and truth to our world by using whatever talent I may have. For me, this effort came through in writing Disappeared and Illegal, two young adult novels about a brother and sister who escape evil in Mexico only to find a more malevolent evil in the United States.

Writing out of anger did not result in propaganda or in a simplistic, one-sided presentation of immigration policies in the United States. The instinct to write an interesting story led me to pursue the real, which is always complex. The caricature of the Mexican immigrant as a criminal was replaced by realistic characters with complicated personalities so readers could see immigrants with a new, clearer, truer vision. I dealt with current immigration laws not as abstractions to be debated but as moral attitudes governing the actions of immigration officers, detention center guards, and ordinary citizens.

I wish I could tell you that writing those two novels took the anger away. Writing did take the powerlessness away, but anger remains. The anger now is different than what my father must have felt that day at the Stanton Bridge or what I felt after I was denied access to my friend and client. This anger is like a hunger and a thirst for the right action, the right law, the right human response. I try each day to keep it from becoming destructive, to turn it slowly, as best I can, into a form of love. 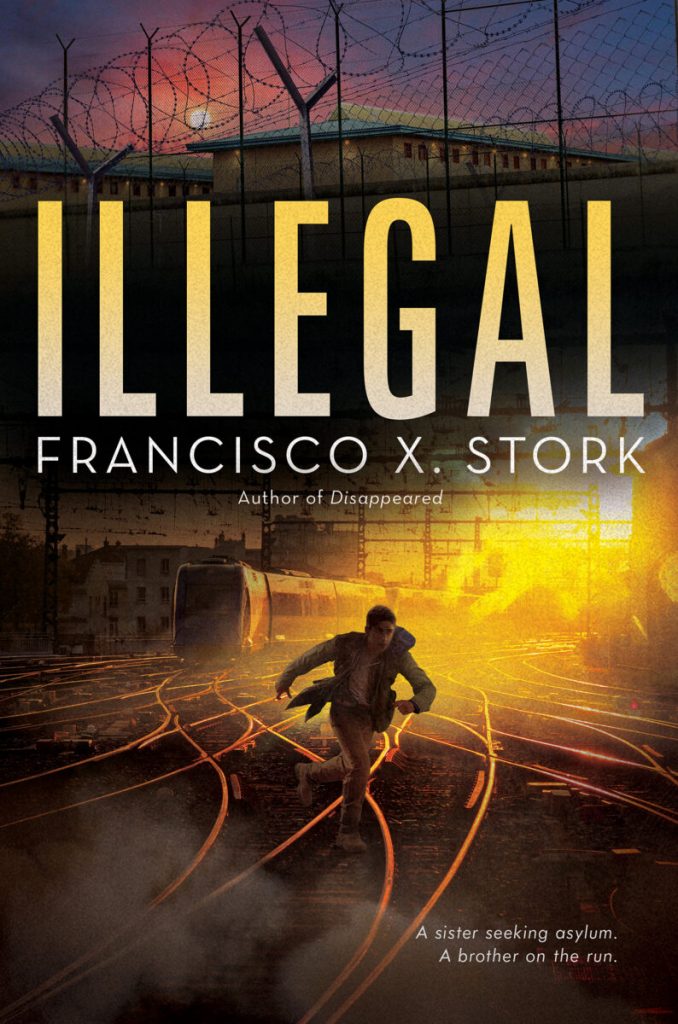 What does it mean to be illegal in the United States?
Life in Mexico is a death sentence for Emiliano and his sister Sara.

To escape the violent cartel that is after them, they flee across the border, seeking a better life in the United States and hoping that they can find a way to bring their pursuers to justice.

Sara turns herself over to the authorities to apply for asylum.

Emiliano enters the country illegally, planning to live with their father.

But now Sara is being held indefinitely in a detention facility, awaiting an asylum hearing that may never come, finding it harder every day to hold on to her faith and hope. Life for Emiliano is not easy either. Everywhere he goes, it’s clear that he doesn’t belong. And all the while, the cartel is closing in on them…

Emiliano sets off on a tense and dangerous race to find justice, but can he expose the web of crimes from his place in the shadows?

Award-winning author Francisco X. Stork’s powerful follow-up to Disappeared delves into the corruption and racism that hides under the guise of the law in the United States. With an unsparing look at the asylum process and the journey to find a new life in the US, this is a timely and moving story 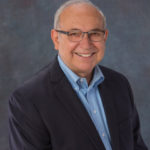 Francisco X. Stork is the author of Marcelo in the Real World, winner of the Schneider Family Book Award for Teens and the Once Upon a World Award; The Last Summer of the Death Warriors, which was named to the YALSA Best Fiction for Teens list and won the Amelia Elizabeth Walden Award; Irises; The Memory of Light, which received four starred reviews; and Disappeared, which also received four starred reviews and was named a Kirkus Best Book of the Year. He lives near Boston with his wife. You can find him on the web at franciscostork.com and @StorkFrancisco.