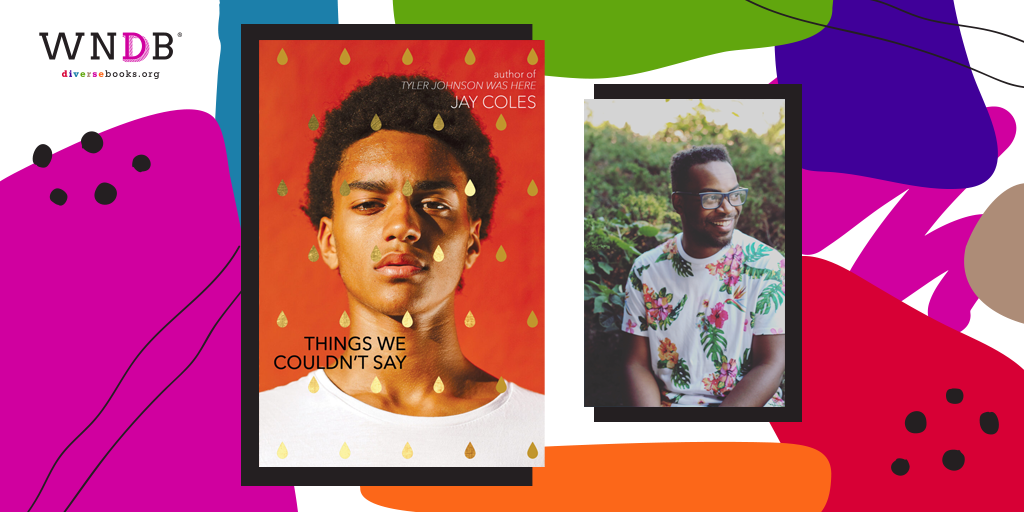 Things We Couldn’t Say is out now.

Once upon a time, my high school guidance counselor told me that my voice was my power.  I admit, I had no idea what that really meant then—and I didn’t know what it meant when I started writing my debut, either. That was something that had to be revealed to me as I wrote my sophomore novel, Things We Couldn’t Say.

Growing up in the west side of Indianapolis, Indiana in a neighborhood deep in poverty, gang violence, and constant police surveillance, my parents often had to work multiple jobs to keep our family afloat. My mother worked as a bartender, flight attendant, and a gas station clerk all at once. I rarely saw her—dinner was often take-out, or I had to prepare sandwiches for me and my younger siblings. My father worked factory jobs and would be found passed out in alleyways and parking lots after hitting up every bar he could find. This meant that taking care of my younger siblings was often my responsibility, even as a young middle-school kid. Looking back, I realize that this forced me to grow up too soon—and it’s not something that I blame my parents for; it was just the cards that we had been dealt. But my main source of solace throughout all of this was… writing. I would write poetry, short stories, fan fiction—anything. I knew that even though my reality was often filled with gunshots, late-night family arguments, feelings of abandonment from my mom and dad, and a heavy burden of acting like a third parent while only being twelve years old, I could turn to writing stories as way to escape.

In high school, writing stories for teens got me through intense loss, a break-up, my parents letting me know that they were splitting up, and another break-up (because, of course. The cherry on top.)

In college, I wrote stories just to share them for feedback with the writing club I had joined on campus. It was there that I got the affirmation and dream that I could actually publish something for real. So, I eventually wrote my first version of what would eventually become Tyler Johnson Was Here.

That book would be published by Little Brown Books for Young Readers, and the rest is history.

Last year, when I sat down to write my sophomore novel, Things We Couldn’t Say, during the COVID-19 global pandemic, I felt like I had lost my way. There were no words pouring out of me and onto the page (well, screen) for what felt like years. Of course, this pandemic forced all of us to be stuck inside our homes for an extended season to protect ourselves and others from getting sick, but for me, that looked like me locking myself in a little room, sitting in the dark, crying more tears than I can ever count over the fact that I had lost the one thing that I had loved the most: my ability to write.

I spent days sitting in silence, just staring at my blank screen hoping that I could write something—anything at all. That silence, though it was the most uncomfortable thing I’ve ever experienced, was also the greatest blessing at that time.  Sitting in silence, in my dark little office space, I couldn’t escape my thoughts. I was presented with so much time to process the deeper wounds from my childhood and teenagerhood—so much time to process them that it was often scary. I won’t go into all of that right now—I’ll save that for my counselor, but I’ll mention briefly that there were deep childhood wounds hibernating within me that demanded me to engage with them. You ever have thoughts like that? They’re so loud and annoying that they compel you to actually engage with them? In the slowing down and sitting still long enough, I knew that my feelings of being abandoned by my parents were among the deepest. As I spent days and weeks thinking about that and remembering those feelings that I had suppressed and feeling angry at the situation that had been placed on me, a voice popped into my head. That voice became the main character of Things We Couldn’t Say.

The voice belonged to a 17-year-old Black boy named Giovanni (or just Gio) who was grieving the fact that his birth mother had abandoned him and his little brother, Theo, when they were little kids. Now he fears that one day, everyone in his life might someday abandon him.

When this popped into my head, the first thing I said, was “Oh my goodness. Same.” That’s my biggest fear, too.

As much as I wanted to push this voice away—

Gio’s story was one that demanded to be told.

And so, I began to write.

It felt good to type words and see a word count adding up.

But an even greater feeling came later.

As I wrote the first draft of Things We Couldn’t Say, though it was messy and needed so much editorial work, I found myself thinking and processing my own childhood in a lot of ways. I felt like going on this journey alongside Gio and the other characters this book follows allowed me to think back to kid Jay and teenager Jay and find some healing. Alongside Gio and some of the other characters I learned so much about how to heal and forgive and move forward even when your family are the ones who hurt you the most. And I’ll forever be grateful for that little voice that popped in my head during the pandemic because of this. I won’t ever forget Gio. I won’t ever forget what he taught me.

In some wild way, writing this book had reminded me of my own power. And in so many ways it set me free. Yes, I genuinely found freedom from the thoughts that had held me captive, silently, for years.

And as I go into writing whatever is next for me, I know that my guidance counselor was right. My voice really was my power all along. Writing this book showed me that processing my own grief and childhood and teenagerhood on the page could truly make me feel whole again in ways I couldn’t have ever imagined before. I ’m so glad I realized this while writing Things We Couldn’t Say. Now I know that if I have words to write, then I have power and freedom, and there are so many areas of my life left longing for more and more of that. Writing is brutal in so many ways, but if I allow my thoughts to bleed on the page (or screen), I can find real restoration.

Jay Coles is a graduate of Vincennes University and Ball State University. When he’s not writing diverse books, he’s advocating for them, teaching middle school students, and composing for various music publishers. His debut novel Tyler Johnson Was Here is based on true events in his life and inspired by police brutality in America. His sophomore novel, Things We Couldn’t Say, will be published by Scholastic Press on September 21, 2021. He resides in Indianapolis, Indiana, and invites you to visit his website at jaycoleswrites.com.

Previous Post: « Q&A With Mark Oshiro, The Insiders
Next Post: Samira Ahmed Honors Fantastical Oral Storytelling With Chicago Flair and Siblings at the Center »
Applications are open for Literary Agents of Chang