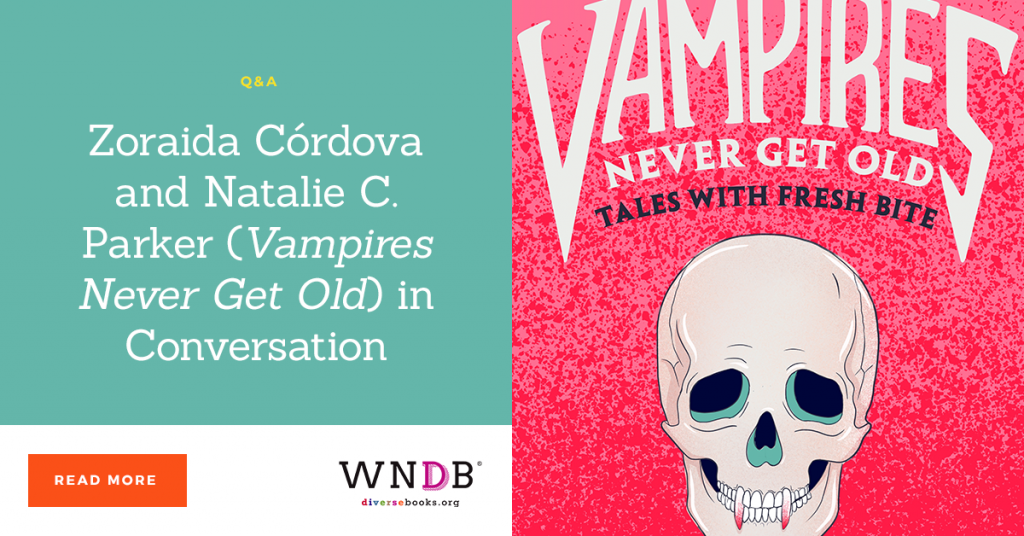 Today we’re pleased to welcome Zoraida Córdova and Natalie C. Parker to the WNDB blog to discuss their YA anthology Vampires Never Get Old, out September 22, 2020!

Welcome to the evolution of the vampire—and a revolution on the page. 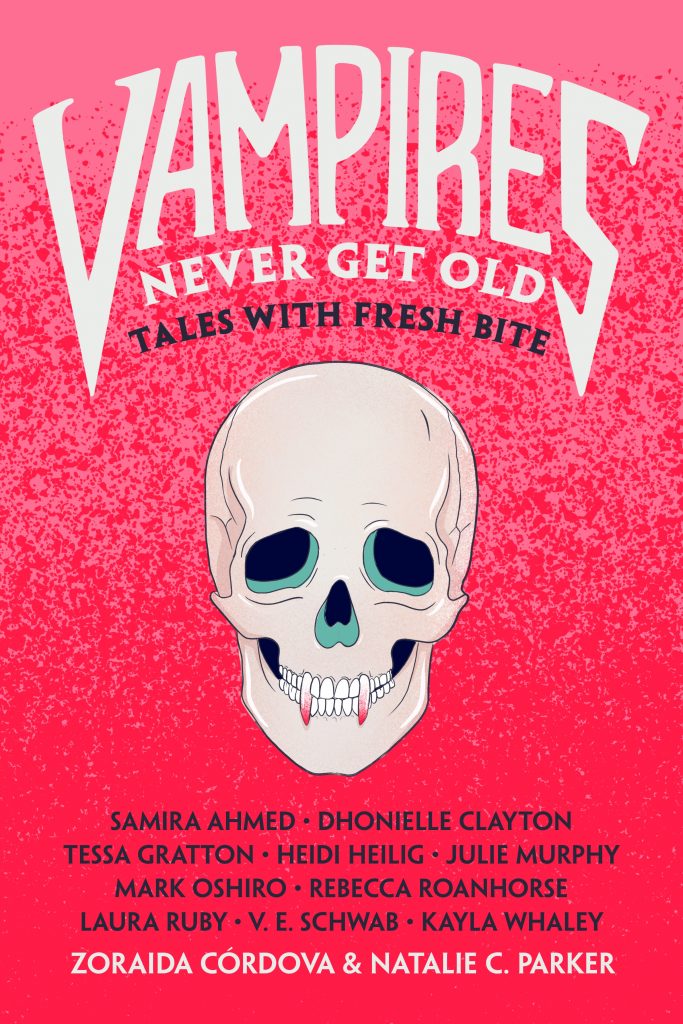 Our anthology of vampire tales, Vampires Never Get Old, started off as sort of a lark. The year was 2018, we were on a writing retreat, floating in a pool that was far too cold for rational people to endure, and Zoraida breezily mentioned missing vampires. And suddenly we were deep in a discussion about how many vampires were missing from the stories we were most familiar with. Our solution was an anthology featuring an array of voices who were excited to revamp, if you will, the mythology we know and love.

Zoraida, you’ve mentioned that vampire stories are part of why you became a writer in the first place. Can you tell us a little about what early vampire novels mean to you?

The book that made me realize writing was a possible career path was In the Forests of the Night by Amelia Atwater-Rhodes. I was thirteen and picked it as my extra credit reading assignment for class, and I got a check plus. I saw the author looked young and then I found out she was published at fourteen. I was brimming with stories and I thought, “Wow, this is something I can do?” I was the “Can I haz” of careers, I suppose. So, yes, vampires are part of my origin story. So is Buffy the Vampire Slayer, a show that meant the world to me as a teen who wanted to believe in the things that go bump in the night.

What about you, Natalie? Who was the vampire that “bit” you?

I grew up with Buffy the Vampire Slayer so some of my first vampires were Angel, Spike, and Drusilla, but the vampire who truly bit me was Caroline Forbes of The Vampire Diaries (the TV show iteration of her as opposed to the books). As a human character, she’s a tremendous stereotype. She’s everything we’re taught to look down on in young girls—she’s popular, she’s bubbly to the point of being vapid, and she cares about frivolous things. But as a vampire, she is all of these things and more. She leans into that stereotype so hard that she breaks it. It was the first time I saw a vampire character who resisted both vampire tradition and misogynist judgments and I loved her.

In spite of loving many vampires over the years, I think there’s a lot about the mythology that has grown fairly rigid. What was one thing you wanted out of a collection like Vampires Never Get Old?

This is my first experience as an editor, but you’re a seasoned pro. What goes into a balanced collection?

Creating an anthology is basically inviting a bunch of authors to respond to the same prompt. So my approach is to make sure the prompt is both specific and flexible while at the same time making sure the contributor list is packed with authors who work to dismantle single-story narratives. In this case, we invited authors to put their own spin on a traditional myth, and I think what we see in this collection is that each author approached that prompt in a way that is unique to them.

I also want to talk about why we chose vampires out of all the creatures of the night because it goes beyond just wanting to see a few new vampiric faces. Like many mythical creatures, vampires are both demon and metaphor; they don’t have a single, true meaning or interpretation, but they are a lens through which we can examine ourselves and culture. We chose vampires because the existing stories we see are narrow and the role of the storyteller is to encourage imagination in others, to invite the next generation of storytellers in. Maybe that’s a tall order for a collection, but maybe it’s exactly right.

A number of these stories ended up circling a similar theme of choice. Why do you think that showed up so prominently?

I wonder if it’s because for so long, depictions of vampirism has been this thing that is foisted upon an unsuspecting victim who has to endure the torture of immortality. By giving our characters, especially our teens, the choice over their future, it feels like taking back the night.

In “Seven Nights for Dying” by Tessa Gratton, our main character “Persephone” is dealing with grief and the choice to become undead. The same goes for Rebecca Roanhorse’s “The Boys From Blood River”! Lukas has a decision to make because there was a part of him that was calling out to the universe for something. That something turns out to be cowboy vampires. But still! Even in our short co-written short story, “Vampires Never Say Die,” we highlight how powerful it is to decide your own future, even if it is an undead one.

What is something you want readers to take away from our collection?

There is something so powerful about being invited into a story. As a queer person, vampires have always been so aggressively heteronormative in a way that was deeply frustrating and distancing to me. There’s no single collection that can invite every reader in, but I hope readers experience this anthology as a promise—that the world is wide, that stories are infinite, that vampires have more to offer. I hope they find something that excites them and I also hope they find something that makes them think critically, both about the stories on the page and about their own assumptions. Most of all, I hope they find new authors to follow and explore. 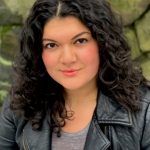 Zoraida Córdova is the author of many fantasy novels for kids and teens, most recently the award-winning Brooklyn Brujas series, Incendiary, and Star Wars: Galaxy’s Edge: A Crash of Fate. She is the co-host of the podcast Deadline City. Zoraida was born in Ecuador and raised in Queens, New York. When she isn’t working on her next novel, she’s planning a new adventure. Her favorite vampire will forever be Angel… but Damon Salvatore is a close second. 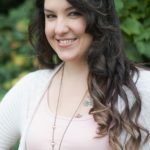 Natalie C. Parker is the author and editor of several books for young adults including the acclaimed Seafire trilogy. Her work has been included on the NPR Best Books list, the Indies Next List, and the TAYSHAS Reading List, and in Junior Library Guild selections. Natalie grew up in a Navy family finding home in coastal cities from Virginia to Japan. Now, she lives with her wife on the Kansas prairie. Her vampire queen is Caroline Forbes.

Previous Post: « Q&A With Arvin Ahmadi, How It All Blew Up
Next Post: Q&A With Justin A. Reynolds, Early Departures »
Native writers: applications for the 2023 Native C